Women will gain strength and understanding about the challenges they face in the business world and men will gain insight about how to parlay this knowledge to support women. This Guts, Grace and Gratitude Forum call is all about the power of mindset. Listen in to discover why some people pursue their goals and others give up. Once you discover the real reason for some of your self-limiting beliefs, you'll have the key to unlocking your path to success in various aspects of your life!
Share | Download(Loading)

If you have ever struggled with self-limiting beliefs or preconceived notions about how life should be, please join us on Sunday evening for the Guts, Grace and Gratitude Forum Call.
The GG&G Forum ladies andI will share insights and tools that you can apply to your life immediately. Invite your friends to listen in on this powerful discussion. My guest on today's Guts, Grace and Gratitude Podcast is Jodi Bateman.  Jodi co-owns SendOutCards, along with her husband Kody. They say behind every great man is a strong woman and that is the case with the Batemans! Most people would describe Jodi as sweet and gentle, with a heart of gold - and all of that is true. But don't underestimate this lady - she is one tough cookie! Listen in and find out what makes her such a force to be reckoned with!
Share | Download(Loading)

Do you have trouble accepting compliments?

Do you know how to introduce someone in a powerful and impactful way? Join us Sunday evening for the Guts, Grace and Gratitude Forum Call where we will discuss these topics and more. We've got A LOT to say so don't miss the lively discussion that is sure to occur!

Episode 2. Marina Worre - Founder of The Most Powerful Women in Network Marketing My guest today on the Guts, Grace and Gratitude podcast is Marina Worre.

Marina is the Co-founder and President of NetworkMarketingPro.com, and aside from the fact that she is an amazing role model for women everywhere, the reason I wanted to interview her is that she has a passion for helping people live up to their true potential – particularly women. A businesswoman all her life, Marina now devotes her time to running Network Marketing Pro, along with her husband Eric.

This power couple also hosts and organizes numerous training events and coaching workshops throughout the world. In fact, Marina is the Founder of The Most Powerful Women in Network Marketing event.  It’s  an incredibly inspirational event, which I recently attended in Las Vegas.

Marina and Eric are also the Executive Producers of the popular documentary-style movie, Rise of the Entrepreneur: The Search for a Better Way.

Have you ever wondered why some teams look like they are having more fun than others? Do you crave harmony in your inner circle? Do you struggle managing strong personalities that sometimes clash? Tonight's GG&G call will focus on "Creating a Positive Culture Within Your Organization!" Everyone is invited to listen in! 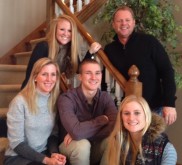 Steve Schulz is a national public figure in the MLM industry with years of experience and stories of success.

Steve Schulz has been working in the networking industry for 24+ years. When he was first introduced to the industry, he was full time school teacher. A school teacher not making enough money to do the things he wanted to do financially. After working his business part-time {3-5 hours per week} for about a year, his wife Colleen left her teaching position and about a year and a half later, Steve left his. Over the past 23+ years, he built an organization of more than a 170,000 Independent Representatives and has earned more than 15 million dollars. Today he resides in Oconomowoc, Wisconsin with his wife, Colleen, and his three children Megan, Emily, and Mike.

Read the rest of this entry »

Get this podcast on your phone!

Play this podcast on Podbean App